The Flames of Revenge! Sōma, The Battle of Destiny!

The Bronze Saints reach the Fire Ruins where Sonia finally comes across the murderer of his father, Hornet Sonia. Souma engages in a giant battle with her but his anger continues to lose his own focus and is unable to hit her. The battle proves fruitless until Koga manages to convince him to control his emotions. This allows Souma to finally hurt Sonia for real and she escapes beaten. After stopping the ruins, Souma realizes that he cannot stay with the team until he has settled things with Sonia and departs on his own. 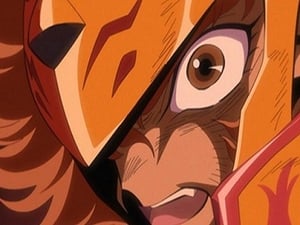